Why Cancer is Better Than Aliens

February 27, 2012
*This post has way more information about my internal organs than you may be comfortable with. Also, there's some crazy in it. Be warned.*

A couple of weeks ago, I'd convinced myself that I either had cancer or a misplaced appendix.

Not misplaced like, oh no, where did I leave my appendix, it was just here a second ago. Misplaced as in, possibly in the wrong spot on my body. It happened to someone I know, and my left side has felt like an angry cat is trying to claw its way out for a long time.

The reason I thought it could be my appendix, after such a long time of hurt, is that an appendix can, apparently, seal itself over before getting its toxins all up in your hizzy. Again, this happened to someone I know. So, hey, it could be both on the wrong side of my body and sealed over at the same time. Not the most likely scenario, but still possible.

This pain, as I said, has been happening for a while, but only recently could I do anything about it, as we had insurance for the first time in, like, three years. Hooray for insurance. So off to the doctor I went and she scheduled me for an ultrasound.

(In reality, it was way more complicated than that, because as much as insurance rocks, it also kind of sucks. So eventually, I was scheduled at a place that accepted my insurance. Everyone reading this whose country doesn't make you pay for things like not dying: I envy you.)

In the two weeks leading up to my ultrasound, I began to more or less believe that while scanning my innards, the tech would say something like, "Oh, well that's a problem," and then point out the giant tumor where my ovary was supposed to live. And then I wouldn't tell anyone about it, because when I get depressed, I act like I have duct tape over my mouth.

I felt like believing I had cancer was a good thing, because if it turned out to not be cancer and was, say, a five-foot tapeworm instead, I'd be pleasantly surprised and shrug it off like it was no big deal. Tapeworms? Meh. It's not cancer. Extra-uterine pregnancy? Hey, it's not cancer. Alien eggs in mah belleh, waiting to hatch in all their horrendous glory? Also not cancer. (Thank you, Web MD and Hollywood, for filling everyone with horror on a daily basis.)

Around this same time, I was changing jobs and everyone at my old job hated me and stopped talking to me. Or so I convinced myself, but seriously, leaving that job was a bit weird - the manager pretty much didn't tell anyone and there was this whole air of super-secret James Bond shit about the whole affair. Because my leaving was totally a matter of international security, full of explosions and sneaking around laser security systems.

Or not. But it was stressful, for one reason or another.

I was also trying to convince myself that taking this new job was a good thing, but I was worrying about fricking everything. Was I only taking this job to feel closer to the one I left in New Mexico? What if I got fired after two days? What if I didn't fit in and nobody liked me, just like you fear on the first day of school? What if, while heading to work, my car suddenly decided to explode in the middle of a busy intersection? None of those sounded like much fun, least of all the one where I may or may not be on fire and have cancer.

These and more worries resulted in spontaneous mini-freak-outs on the kitchen floor, under the dining table, and in the paperback horror section at work. (Rather fitting, in a way. And by spontaneous mini-freakouts, I mean thinking way too much about everything going wrong, and having a really hard time not curling up in a tangled ball of nerves on the floor. Despite being in public, it's sometimes really hard to keep the crazy to myself.) It was with these and more worries on my mind that I marched to my ultrasonic doom, tightly clutching Spousal Unit's hand.

My uterus smiled for the camera as the tech took glamour shots. And then came the fun part, where I learned that hey, there is such a thing as an internal ultrasound. And no one decided to tell me until the 18-inch, condom-bedecked dildo-camera appeared. That was totally how I wanted this trip to end.

It didn't even buy me dinner first.

In short, my reproductive organs are all squeaky clean, like a well-polished new car just waiting for someone to test-drive it. (Except, no babies. Not for a long time yet.)

I just wish I hadn't had to go on this rollercoaster of crazy to discover that the doctor still doesn't know what's wrong with me.
DOOM just slightly weirder than usual legitimate forms of crazy Spousal Unit

Popular posts from this blog

Goals of Birthdays Past

January 31, 2012
Way back in the day, I posted my goals for the year (my birth year, not the calendar year), and I couldn’t find my goals from the previous year to do a recap of those accomplishments. At long last, the list is located. Here are the goals I detailed in 2010-2011: 25 things to do before I turned 27.

1.Participate in NaNoWriMo 2.Submit novel to Amazon Breakthrough Novel Award Contest 3.Finish The Neverending Quilt by August 2011 4.Write weekly* 5.Learn some Korean 6.Keep running/belly dancing 7.Take a creative class 8.Finish Jonathan Strange & Mr. Norell by Susannah Clarke 9.Get paid for something I wrote/made* 10.Find a wedding dress by Thanksgiving* 11.Get married* 12.Move* 13.Pay off one of my student loans* 14.Consolidate other loans 15.See Terri again* 16.Get my tattoo 17.Make socks for myself 18.
Read more

The World Turned Upside Down: A Modernization 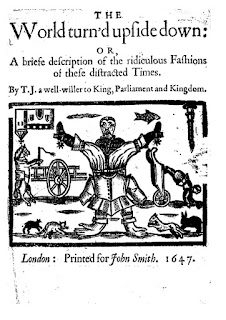 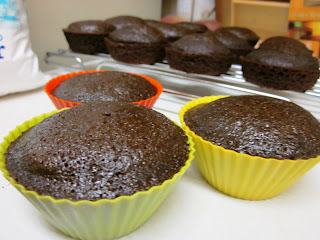 Yesterday, Spousal Unit and I celebrated the third annual Avatar Day. Usually, we celebrate it the day before Father's Day, but we were out of town this year. We also usually have an ice cream cake, while we completely and guiltlessly gorge ourselves on a children's cartoon for hours on end. This year, we decided to try something different.*
I found a great recipe for cinnamon chocolate cake in Pillsbury's Healthy Baking cookbook, and I made cupcakes.

I totally love those little silicone muffin pan liners - they keep the pan clean, and the innards always slide out easily.
Next, I found a depiction of the four nations's symbols: Air, Water, Earth, and Fire.
Source
After mixing up some buttercream frosting, I practiced drawing the symbol into it. Here, I practiced on an old plastic lid, drawing with a toothpick and straight food coloring. But it worked better to mix 1 teaspoon of frosting with one drop of food coloring - the toothpick just didn't soak it up well on i…
Read more

Allison
A former English major whose geekery cannot be contained, deviant in all the right places.